Millions of Americans oppose SOPA and PIPA because these bills would censor the Internet and slow economic growth in the U.S.

Two bills before Congress, known as the Protect IP Act (PIPA) in the Senate and the Stop Online Piracy Act (SOPA) in the House, would censor the Web and impose harmful regulations on American business. Millions of Internet users and entrepreneurs already oppose SOPA and PIPA.

The Senate will begin voting on January 24th. Please let them know how you feel. Sign this petition - https://www.google.com/landing/takeaction/ - urging Congress to vote NO on PIPA and SOPA before it is too late.

by Tony Burkhart at 9:16 AM No comments: 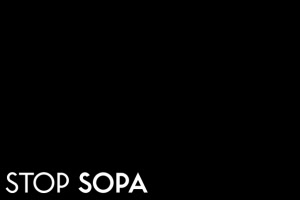 The Stop Online Piracy Act (SOPA) may have been shelved by Congress, but the Senate’s PROTECT-IP Act (PIPA) still looms and Jason Hoffman can’t stop wondering how we got to this place.

“It’s all just so dumb,” said Hoffman, CTO and founder of Joyent, a hosting provider that also offers IaaS and PaaS services. “The Senate bill is just as bad if not worse than SOPA. These are both dumb bills and [are] a classic example of industry-specific lobbyists creating stupid laws.”

Does that mean that the motion picture and recording industry has better lobbyists than SOPA opponents like Facebook, Twitter et al? Not really, it just shows that it’s easier to lobby when someone is supposedly a thief or a suspected terrorist, he said. “How do you lobby for freedom? That’s harder.” To be clear, Joyent has no plans to black out any sites and Hoffman has not been proactively front-and-center with his concerns. But when asked, he is eager to share them.

What really grates on Hoffman, is that the industries seeking protection — movie studios, record companies, publishing houses, broadcast networks — brought this mess on themselves. “Look at the list of companies supporting these bills. It could be a list of railroad companies a hundred years ago fighting the auto industry,” he said.

Had these SOPA supporters made their content available easily and affordably, they’d have no problem selling it, he said. ”If you ask someone why they ‘Bit Torrented’ a movie, it’s because they couldn’t buy it or rent it.” He added: It’s not the consumer’s fault that the content they want has not been made available to them. In short, these issues have nothing to do with piracy and everything to do with product distribution and pricing.

“If you look at how [the record companies] handled Napster well over a decade ago, you can’t tell me that EMI couldn’t have figured out how to do something with that model in all this time,” Hoffman said. But instead of building a viable, affordable electronic distribution system for their content ,these companies now want laws to protect their businesses.

Many people are actually willing to pay multiple times for the same content if it comes in a more convenient format. People like me (an admitted oldster) have vinyl album collections that they duplicated with CDs and now have re-purchased from iTunes. There are a ton of such “triple dippers” out there, Hoffman said. “People are willing to pay for convenience.”

Then there are the nuts-and-bolts issues of how web companies are supposed to comply with these laws if passed. Initially SOPA would have mandated that web companies block or re-route DNS (Domain Name Service) requests for sites deemed to be illegally hosting copyrighted content.

“My general frustration is that there’s no messing around with the DNS. You can’t just grab domain names, [it] creates a tremendous amount of work and doesn’t remotely touch the core problem. I’m not convinced there is a core problem”

But what seems to get Hoffman’s goat more than anything is the double standard he sees. In early December, a minor furor arose when the “Great Firewall of China” blocked access to Joyent’s latest Node.js framework because the version number coincided with the date of the Tiananmen Square upheaval.

At the time Hoffman shrugged off the Chinese blocking issue and recommended that those in this country who made a federal case out of it pay closer attention to the restrictions  SOPA would put on even the most popular web sites.

Thinking back on it now, he reaffirmed that stance: “Twitter and Facebook are awesome when they’re bringing down a dictator in the Middle East. They’re not awesome when someone is tweeting about some governor here.”

In other words, everyone should take a deep breath before enacting any legislation.

by Tony Burkhart at 8:49 AM No comments: