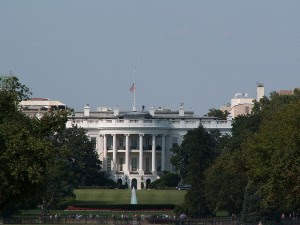 Much has been written about the U.S. government’s plan to shutter 1,200 data centers. There’s been considerably less chatter about the fact that some of the remaining, revamped federal data centers are now leasing out excess capacity to other government agencies.

That strategy of going big and selling off extra capacity is right out of the Amazon playbook. Amazon data center guru James Hamilton has long maintained that it makes zero sense for most businesses to build their own data centers any more given the huge economies of scale they can get by putting their workloads with a data center provider that gets the best possible pricing on energy, servers etc. But, the corollary that applies here is that very large organizations that must field their own facilities should build big. Real big. And sell off what they don’t use.

In the federal government example, the Census Bureau shut down a 6,570-sq-ft facility that was run by a third party, consolidating its servers in a remaining, updated data center. The remaining data center is now handling work for the International Trade Administration and offers co-location and hosting services to other government agencies, according to a recent blog post by Steven VanRoekel, the U.S. CIO. By consolidating its compute loads, the Census Bureau will save $1.7 million in operating costs this year, said VanRoekel, a former Microsoft executive.

In his blog, VanRoekel wrote:

While we continue to rack up closures and focus on consolidation opportunities to maximize savings, it’s equally important to focus on the efficiencies of the data centers that remain in our inventory. These data centers, which will take on additional work as we consolidate, will become the centerpieces of service delivery to American taxpayers.  That is why the interagency group leading the effort has begun to focus on the efficiencies of the data centers we keep.  We need to ensure we are delivering better service to the American people for less.  Accordingly, agencies will focus on computing power and density instead of capacity, taking advantage of current technologies that deliver more bang for the buck.

The government’s original plan was to close 800 of 2,084 data centers (about 30 percent of the total) but late last year it revised its goal upwards, and now plans to nix 1,200 of 3,133 facilities. That 3,133 number includes telecom facilities as well.

This effort comes as the Obama administration continues to push to move more of its IT initiatives to cloud computing scenarios. even embracing cloud-first messaging that strongly recommends that government computing tasks be put on cloud infrastructure if at all possible.

Over the next year, VanRoekel wrote, more agencies will follow the Census Bureau’s lead.

by Tony Burkhart at 5:12 PM No comments: