PLEASANTON, Calif. – December 28, 2011– Milyoni, the leader in F-commerce, and TV Free Media, a pioneer in live streaming, are pleased to announce they are bringing the first live broadcast of the World Series of Beer Pong VII to Facebook's 800 million users worldwide. Fans can get a front-row seat to watch the champions gather for the ultimate Beer Pong show-down streamed in high-definition from world famous hotel and casino the Flamingo Las Vegas. The live Facebook broadcast of the finals will be available on BPONG.com's Facebook page, www.facebook.com/BPONG, on Wednesday, Jan. 4 at 2 p.m. PT.

TV Free Media teamed up with Milyoni to provide Beer Pong fans unable to make it to the event in-person with a great social experience via Facebook. Using Milyoni's Social Live technology, fans can watch the finals from virtually anywhere in the world, and chat, comment and share the experience with friends and other fans. Viewers can RSVP or purchase access to the broadcast using one of two global currencies, Facebook Credits or PayPal. Access to the championship is available for 50 Facebook Credits/$4.99 if purchased in advance or 70 Facebook Credits/$6.99 once the event begins. DVD's will also be available for purchase on the event's Facebook streaming page and in the BPONG.com store.

"Beer Pong has a cult-like following, especially among the college crowd, making Facebook the ideal platform for fans that can't make it to the festivities," said John Corpus, founder and CEO, Milyoni. "Our goal is to bring a truly social experience to unique events like this, allowing fans to get in on the action, even if they are watching from miles away."

"We're thrilled to be uniting beer pong fans all over the globe by broadcasting the World Series of Beer Pong to every bar projector, smartphone, iPad, and web-enabled device that wants it," said Alex Rochestie, founder of TV Free Media. "There is a huge following for beer pong and with the help of partners like Milyoni, we're glad to reach more fans than ever before."

To RSVP or purchase access to the World Series of Beer Pong VII, visit www.facebook.com/BPONG.

ABOUT MILYONI
Based in the San Francisco Bay Area, Milyoni, Inc. is the leader in F-commerce. The company's technology provides entertainment and lifestyle companies with a way to connect and engage with Facebook fans, and turn them into customers. Whether it's watching a live concert, movie or sporting event or shopping your favorite brands, Milyoni enables companies to monetize fans pages through a unique level of engagement and a shared, social experience. Milyoni's services reach over 150 million fans from industry leading customers, including Universal Pictures, Lionsgate, Ridgeline Entertainment, Austin City Limits Live, Turner Broadcasting, University of Oklahoma and The NBA to bring a variety of digital content and physical goods to fans on Facebook. For more information, visit www.milyoni.com.

ABOUT TV FREE MEDIA
TV Free Media's revolutionary business model offers partners new and exciting techniques to engage fans and attract sponsors by delivering content to consumers whenever, wherever, and however they want to watch it. TV Free Media is a pioneering and dominating force in new media production, live event coverage and creative brand development. TV Free Media is dedicated to creating the very best media products available today and building strong relationships with partners for the future. For more information, visit www.facebook.com/tvfreemedia.

ABOUT BPONG
The World Series of Beer Pong is the largest organized beer pong tournament in the world, created by Las Vegas-based BPONG.COM. The 2012 event is expected to draw more than 500 teams from at least 48 U.S. states/districts and nearly a dozen countries, to determine who is the best in the world at the sport of beer pong. Those unfamiliar with the sport of beer pong may be surprised to know that it has become popular with celebrities, baby boomers, college grads and elite athletes alike. For more information, visit www.BPONG.com.

Microsoft Celebrates The Demise Of IE6 In The US

Microsoft Celebrates The Demise Of IE6 In The US
TechCrunch

Internet Explorer 6 — long a thorn in the side of many web developers because of its quirks, limited feature support, and cockroach-like resistance to extinction —is finally on its last legs in the United States. And Microsoft is celebrating.

In a post on the Windows Team blog, Roger Capriotti, Director of Internet Explorer Marketing, writes that Internet Explorer 6 is now down to less than 1% market share in the United States according to the most recent data from Net Applications. It’s far from the first country to reach that milestone — Austria, Poland, Sweden, Denmark, Finland, and Norway have done it already — but it also had far more Internet users to convert. Alongside the US, Microsoft also notes that the Czech Republic, Mexico, Ukraine, Portugal and the Philippines have all dipped below the 1% mark as well.

And while it might sound a bit odd to hear about Microsoft celebrating the demise of software it built long ago, this isn’t a change of heart for the tech giant — the company has been doing its part to help IE6 die for quite a while. It created the IE6 Countdown, which tracks the progress of countries worldwide as they work to move people to more modern browsers (Capriotti writes that the site has been visited by 2.75 million people and has drawn 5.6 million views). And when Denver-based design firm Aten Design Group held a funeral for the woefully out-dated browser back in 2010, Microsoft sent along some flowers.

Of course, while Microsoft would love for all of these former IE6 users to upgrade to the latest version of Internet Explorer, that doesn’t seem to be happening. Recent reports from StatCounter and NetMarketshare show IE trending downward — from 59.22% to 51.87% between February and December 2011, according to NetMarketshare — while Google’s Chrome is making steady gains (11.41% to 19.11%, in the same report).

Update: Note that it’s only IE 6 that’s down to below 1% marketshare, not IE on the whole.

Why Politicians Should Never Make Laws About Technology

snydeq writes "As the world gets more and more technical, we can't let Luddites decide the fate of dangerous legislation like SOPA, writes Deep End's Paul Venezia. 'Very few politicians get technology. Many actually seem proud that they don't use the Internet or even email, like it's some kind of badge of honor that they've kept their heads in the sand for so long. These are the same people who will vote on noxious legislation like SOPA, openly dismissing the concerns and facts presented by those who know the technology intimately. The best quote from the SOPA debates: "We're operating on the Internet without any doctors or nurses on the room." That is precisely correct,' Venezia writes. 'The best we can do for the short term is to throw everything we can behind legislation to reinstate the Office of Technology Assessment. From 1974 through 1995, this small group with a tiny budget served as an impartial, nonpartisan advisory to the U.S. Congress on all matters technological.'" 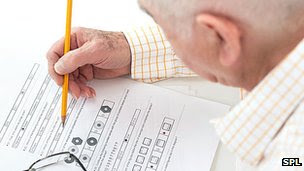 by Tony Burkhart at 1:22 PM No comments:

A 99-year-old Italian man has filed for divorce from his wife of 77 years after he discovered love letters from an affair she had in the 1940s.

The man, identified in court documents as “Antonio C,” found the letters in the drawers of an old chest shortly before Christmas, according to the Rome reporter for the British newspaper The Daily Telegraph.

The newspaper reported that the man confronted his 96-year-old wife, identified as “Rosa C,” who confessed to the affair. The man then demanded a divorce, and the couple prepared the court filings.

The marriage had faced difficulties before, with the husband temporarily moving into a son’s home a decade ago, the newspaper reported.

The couple has five children, twelve grandchildren and a great-grandchild, the newspaper reported.

by Tony Burkhart at 1:15 PM No comments:

Comedian takes office as mayor of Ohio town
zanesvilletimesrecorder.com - Local News
HILLSBORO -- A veteran standup comic familiar to "Comedy Central" TV viewers and club patrons across the country has been sworn in as mayor of his economically struggling hometown in southwestern Ohio.
Sent with Reeder

by Tony Burkhart at 7:55 AM No comments: