DJ Shadow becomes first artist to get paid by BitTorrent

Musicians and music industry executives often complain about the money they miss out on when people download music for free.

DJ Shadow now has a new twist on that story: The turntablist launched a cooperation with BitTorrent Inc. Tuesday that gets him some revenue every time someone downloads a free torrent of his tracks — as long as the downloader also installs the bundled software, that is. 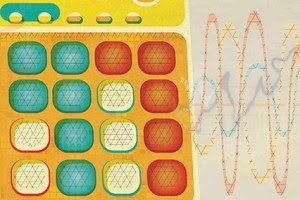 BitTorrent will offer a bundle of three MP3s from DJ Shadow’s upcoming album, Hidden Transmissions from the MPC Era (1992-1996) for download. The package will also include digital artwork, as well as some bundled software that will generate revenue for both the company and the artist.

BitTorrent’s executive director of marketing, Matt Mason didn’t want to go into the details of the revenue-sharing agreement during a phone conversation Monday, and said that this was very much an experiment that would be tweaked as things unfold. “It’s definitely a fair deal,” added DJ Shadow’s manager Michael Fiebach, whose company Fame House LLC has partnered with BitTorrent in the past. The bundled software will include media players like the RealPlayer, but differ from location to location.

BitTorrent has been partnering with indie musicians and filmmakers for some time to distribute authorized content bundles through its popular uTorrent client. However, this is the first time that the company has struck a revenue sharing agreement with one of those artists. “It’s a really important moment in the history of content distribution,” said Mason.

That sentiment was echoed by Fiebach, who told me that he doesn’t see BitTorrent as a piracy tool. “That’s the wrong way to look at it,” he argued, adding that the technology itself couldn’t be blamed if people use it to pirate content. Instead, it’s a way to get to an audience of millions, he said, adding: “(Shadow) and I just see this as a great opportunity to make history.”

Of course, there have been attempts to monetize file sharing in the past: Vodo.net offers free downloads of feature films like The Yes Men Fix The World, asking for voluntary donations in the past. Before that, LimeWire briefly tried to establish a kind of Adwords for P2P that would have included a revenue sharing component for artists, but those plans were scrapped as the music industry’s lawsuit against the company unfolded.