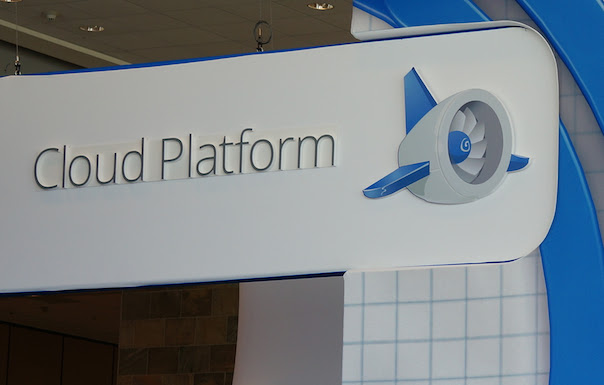 Google has announced plans to start offering a compute-on-demand service that rivals Amazon’s Elastic Compute (EC2) service. Google has offered many what it calls higher-level cloud services such Google storage, BigQuery and Google App Engine in the past, but now the company believes it needs to sell a more prosaic Infrastructure as a Service (IAAS) offering whose primary target is attracting more developers to Google’s cloud platform. The news of this new service was first reported by my colleague Derrick Harris in May and was confirmed later by me with additional details this past week.

“The Google Compute Engine, we believe, has been the missing piece,” said, Urs Hölzle, Google’s senior vice president of technical infrastructure, during a broad conversation this week. He said that building an infrastructure-as-a-service isn’t a trivial task, as the demands on such a service are quite intensive. Google has been working on this new service for some time now, he added.

The focus of the Google Compute engine is on performance, scale and value. In order to show its performance and scale, Google is planning to show off a genomic app that runs on 600,000 cores. Another app will use 10,000 virtual machines. And if that isn’t enough, the company says it will offer 50 percent more compute resources compared to other shared cloud infrastructures. Translation: It’s a shot across the bow of Amazon Web Services’ EC2 offering. (See image below for pricing)

The developers can run any stack and any software on this service. The company is partnering with third-party services such as RightScale to add more tools and services to its platform. Google is going to initially offer its service in limited preview and will sell it through its sales force if customers are looking for 100 or more cores. Eventually the service will be accessible with a credit card and a browser like most cloud services.  From Google’s blog post:

The capabilities of Google Compute Engine include:

At launch, we have worked with a number of partners — such as RightScale, Puppet Labs, OpsCode, Numerate, Cliqr and MapR – to integrate their products with Google Compute Engine.  These partners offer management services that make it easy for you to move your applications to the cloud and between different cloud environments.

A company spokeswoman said that anyone can “sign up today, but we will be accepting customers who are focusing on larger workloads. In some cases we would accept smaller workloads as well. “ During the early phase, Google will offer Google compute service only to the U.S.-based developers, but will eventually roll out the platform to customers globally. Hölzle said that the company was using Google’s current infrastructure stack to offer the on-demand compute service.

When asked if he believed that Google was a tad late to the party, Hölzle pointed out that while there have been many existing players offering cloud infrastructure services, there is ample opportunity for Google as the shift to cloud is more cyclical and long term. “This really isn’t about stealing marketing share from other players,” he said.

“I think we are early because the whole industry itself is in [its] infancy,” he said. “If you look at it, in the grand scheme of things, nearly 99 percent of the companies are not in the cloud.” Hölzle, however, said it was the right time for Google to enter the market. “More and more apps are being built for the web and mobile and the original storage and services are all moving to the cloud,” he said. The emergence of Chrome OS, Android and iPhone have led to the point where cloud clients are becoming “stateless.”

“It is very early in the market and, frankly, five years from now you will have a whole different kind of cloud and services.” He declined to outline what the cloud will look like in five years.

Hölzle was reticent about predicting the level of adoption as well, but was not shy of pointing out that Google has been in the infrastructure business for years and it is one of the key advantages for the company. “The market will show,” he said, and invited me to ask him the same question “two years from now.”

Despite Google’s dismissal, one can’t help but notice Amazon’s looming shadow on Google. Amazon Web Services, thanks to being an aggressive and early believer in the cloud as we know it, has carved itself a nice niche and is rumored to be bringing in over a billion dollars in revenue. But it is not just revenue that has a whole industry jealous of Amazon’s cloud business.

Success in cloud services has made Amazon attractive to startups and independent app developers, who are embracing Amazon’s stack of cloud services. These code-tinkerers are the kingmakers in this new world, especially now that Amazon has forked Android and has been pretty public about its grand mobile ambitions.

The battle for developers and locking them into cloud and mobile platforms is literally the trillion-dollar question of the 21st century. Microsoft Azure, Apple’s iCloud, Amazon Web Services and now Google Compute Engine are essentially trying to get their hooks into the developers. Frankly, I am surprised that Facebook hasn’t announced its own efforts to do the same.

Amazon, for now, is the king of the hill. At our Structure 2012 conference, when I asked Amazon CTO Werner Vogels about the next five years, he talked about a new layer of services emerging and Amazon being the trendsetter. It is a distinct advantage for the Seattle-based company that has angered its partners but has been focused on making sure it keeps pushing the envelope. He understands — and so does Google — that there is an opportunity to take away the dollars spent on IT dinosaurs such as Hewlett-Packard.

These giants of the past should be waking up with a migraine, for the entry of Google makes life tougher for them. I wonder what this news does to smaller cloud players such as Rackspace that have been inching their way toward Amazon’s heels.

Nevertheless, Amazon knows it has no time to rest on its laurels. For instance, it is not going to let Google press the price advantage for long. “If you look back, we’ve lowered pricing 20 times, so the best thing to look forward to is we’ll continue to do that,” Vogels said in our onstage conversation. “That’s at least our goal.”

And whichever way you look at it, Google’s entry into the business is a good thing for the developers and startups. 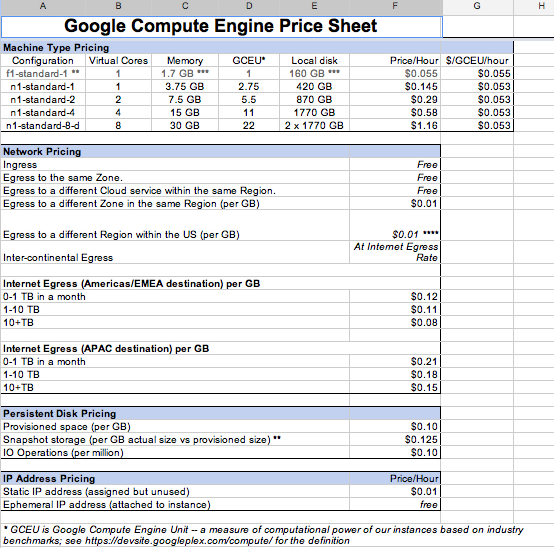