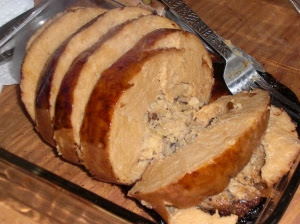 As you sit down to your sustainably raised turkey (or Tofurky) dinner this year, it’s a good time to think about the things that have gone well for greentech in 2011. Yes, there have been a lot of clouds for the industry this year, with the Solyndra debacle and the overall recession, but there have been quite a few milestones this year. Here’s what I’m thankful about:

1. Cheap solar panels. The prices of solar panels and cells have dropped dramatically this year. That’s been difficult for solar makers trying to stay in business, but for solar consumers, that’s great news. According to a recent study from Lawrence Berkeley National Labs, between 2009 to 2010 the price of residential rooftop solar panels fell 17 percent to $6.20 per watt, or a $1.30 decline, and in 2011 fell 70 cents per watt, or 11 percent in the first half of 2011. 3. LED prices coming down. Prices of energy-efficient LEDs are starting to come down. Samsung recently started selling a $20 LED bulb that replaces a 40 watt incandescent. Earlier this year, Lighting Science Group and Dixon Technologies India promised to sell an LED light bulb that can fit into a standard socket, will cost less than $15, and will last eight years. Many more LEDs still cost about $35 per bulb, which is still pretty expensive. I bought two LED bulbs from Toshiba the other week and they cost me $70 together.

4. Home energy breakthroughs. Gadgets and services to help home owners manage and monitor their home energy use haven’t taken off yet. But in 2011, there were a few breakthroughs. Startup Nest launched a gorgeous learning thermostat that sold out of production for months ahead in just a couple of days. The company is led by iPod and iPhone designer Tony Fadell. At the same time, both Verizon and AT&T are planning home energy services bundled with other digital home devices. Verizon’s home energy service went live last month, and AT&T told me it’s developing its own, too. Best Buy also decided to experiment with home energy this year, launching a dedicated website and sections at three of its stores.

5. The new U.S. fuel standard. The Obama administration launched a new fuel efficiency standard that will require passenger cars and light trucks to achieve a combined average of 54.5 miles per gallon by 2025. That could make a real difference in fuel reduction of U.S. cars.

6. Governments in developing countries. The U.S. might be struggling with how to fund greentech research in a post-Solyndra world, but that isn’t stopping the governments of China and India from investing heavily in clean power technology. Many people know about China’s huge investment, but India has a goal to have 20 GW of solar by 2022, and is supporting domestic Indian companies in a variety of ways to meet that goal. 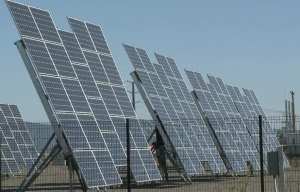 7. Private investment in solar financing. In addition to solar prices dropping, investors are starting to realize that solar is a long-term, low-risk asset class. Google realized this year and made a variety of investments in solar farms, while new upstarts like Clean Power Finance have emerged to take advantage of this private funding market. A new company called Solar Mosaic even launched a sort of kickstarter for solar this year.

8. Smart meter installations. Despite some of the media attention on consumer push back, smart meters are actually being rolled out a fairly rapid clip. The penetration rate of smart meters in the U.S. has jumped from 6.5 percent in 2009 to 13-18 percent in 2011, according to a report from FERC.

9. The Internet is revolutionizing reuse. While companies like Airbnb aren’t really “green” companies, they are contributing to the trend of collaborative consumption, or using IT to help people share “stuff” from apartments to cars to tools. This is one of the biggest trends for the web this year, and it just happens to be a more sustainable use of resources.

10. Low-power ARM chips for servers. Startup Calxeda has been leading a shift of the idea to use low-power ARM chips for servers. Calxeda launched its EnergyCore ARM server-on-a-chip (SoC), which it says consumes as little as 1.5 watts (and idles at half a watt), and HP, the world’s largest server maker, committed to building EnergyCore-based servers that will consume as little as 5 watts when running all-out. Compare that to the lowest-power x86 server chips from Intel, which consume about 20 watts but deliver higher performance. It might seem like a niche tech, but if data center servers turned to ARM, that could equal a lot more energy-efficient data centers.

An awesome, well put together geek-thanks list. Thanks to @katiefehren for this great article. Be thankful everybody :)