I guess they didn't have the "please check here if you're a stripper" checkbox on the job application. At least she was fired for doing something illegal... right? Oh, that's right... stripping is not illegal. Why was she fired again?
http://edition.cnn.com/2012/05/10/showbiz/texas-stripper-writer-fired/ 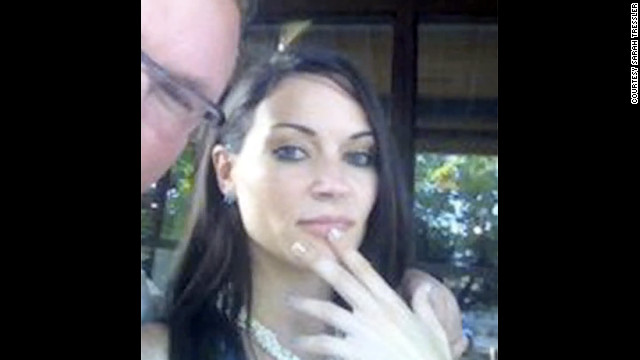 The Houston Chronicle fired reporter Sarah Tressler after learning she worked part time as a stripper.

Sarah Tressler, 30, filed a complaint this week asking the U.S. Equal Employment Opportunity Commission to investigate the Houston Chronicle's decision to let her go after another paper revealed her second job.

Tressler covered high society, general assignments, human interest stories, men's and women's fashion and other stories for the newspaper for two months, Tressler said at a Los Angeles news conference Thursday. But she "very rarely" worked as a dancer, a skill that helped her pay for college, she said.

A rival newspaper, tipped off by an online blog titled "Diary of an Angry Stripper" she wrote anonymously, published a story about her background in March.

She was soon told by an editor that she was fired for not disclosing her dancing experience on her job application, Tressler said. "There was no question on the form that covered my dancing. I answered the questions on the form honestly."

"I was very upset that I was fired, because I had been told by many editors that I was doing a good job," Tressler said.

Gloria Allred, a Beverly Hills lawyer known for championing high-profile cases involving women's rights, is representing her. She called the firing gender discrimination, which is covered by federal law.

"Most exotic dancers are female, and therefore to terminate an employee because they had previously been an exotic dancer would have an adverse impact on women, since it is a female-dominated occupation," Allred said.

Tressler, who has a master's degree in journalism, said that when she decided to dance to pay for college, she didn't think it would keep her from pursuing the career she was trying to build.

"Some young women will use dancing as a way to make ends meet while they study to prepare for the career that they hope to be able to have for the rest of their lives," Tressler said. "These women should not have to live in fear that once they acquire a position in the career that they have worked hard to achieve, that their past work experience as a dancer will jeopardize that position."

She broke no laws by dancing, Allred said, and it "does not, has not and will not affect her ability to perform her job as a journalist."

Tressler said has already found a new writing job in Houston for a publication she declined to name. She insisted she has no plan to parlay the media attention into a job covering high society in Los Angeles.