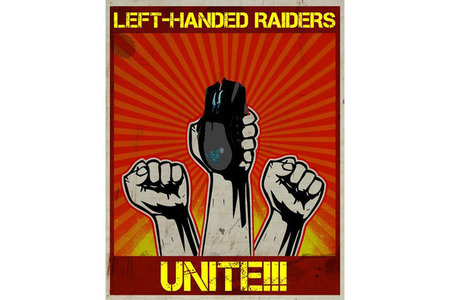 Razer CEO Min-Liang Tan promised his company would make a left-handed version of its 17-button Naga MMO mouse, but only if the community approved: 10,000 gamers had to vote in favor by "liking" a Facebook post before April 21st. It didn't take nearly that long. The post currently sits at 11,074 likes, less than a week after the experiment began, and Razer has agreed to make the mouse as promised. "It'll take at least till next year, but it will be done," said the CEO on his Facebook page. While you wait for 2013, you can make do with Razer's left-handed DeathAdder, the only other southpaw gaming mouse we can think of. Here's a triumphant Min-Liang Tan, from the press release:

"That Facebook post generated more buzz than we could’ve ever imagined, which proves that there have been a number of gamers that have had their needs ignored for some time," said Tan. "We pride ourselves on being gamers ourselves, and we all know that there is no substitute for gaming with your dominant hand."