Why store it in the cloud when you could have a 90 Terabyte hard drive (translated) array in your house? The drives are mostly Western Digital Caviar Green EARS 2TB models which are known for energy efficiency and quiet operation. It’s a little unclear as to whether this is using one or two motherboards, but the drives are connected using PCI RAID5 and RAID5+0 controller cards. There’s a total of 40 cooling fans built into the case, half on the bottom and the rest on the top. They move air up through the case, with plans to add a dust filter in the future. Heck, with that type of air movement you could throw on a standard furnace filter. Apparently it is quiet enough to talk in “almost a whisper” while next to the plywood monolith. But we’re a bit skeptical of that claim.

It’s not quite as fancy looking as the 67 TB storage from last year… but it does look pretty easy to build at home.

by Tony Burkhart at 3:41 PM No comments:

Yuengling Nears Purchase of Memphis Plant - may distribute in Ohio

The can filler in the Yuengling Brewery allows for 820 cans a minute to be made, a small amount compared with larger domestic beer makers.

D.G. Yuengling & Son Inc., one of the fastest-growing U.S. beer makers, is close to acquiring a former Coors plant in Memphis, Tenn., to help the company meet rising demand and increase distribution beyond the eastern U.S.

Yuengling, the oldest brewer in the U.S., has signed a letter of intent to buy the Memphis facility from Hardy Bottling Co., which purchased it from Molson Coors Brewing Co. in 2006.

Acquiring the facility would give the Pottsville, Pa., company—the seventh-largest U.S. beer supplier by sales volume—a fourth manufacturing facility and help it expand distribution beyond its current 13 states in the eastern U.S.

"Memphis is an ideal location," said David Casinelli, chief operating officer of Yuengling, in a phone interview. "At some point we're going to run out of room" at its existing plants in Pennsylvania and Florida.

Mr. Casinelli said the closely-held company hopes to close the deal in the next few weeks. 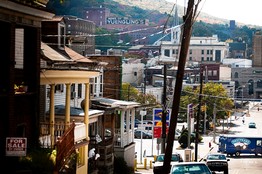 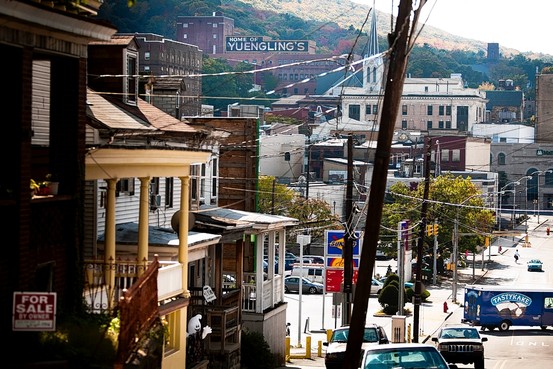 Hardy has used the plant to package teas, energy drinks and other products on behalf of beverage companies. Carolyn Hardy, who runs the Memphis facility, could not be reached for comment. The plant was acquired for $9 million from Molson Coors.

Yuengling, a household name in such states as Pennsylvania, New Jersey and New York, has long taken a conservative approach to growth. Its brands' cult-like appeal have prompted consumers from as far as California and Washington to send letters and place phone calls urging executives to expand distribution.

The company said in a statement Thursday that it doesn't have a "definitive timetable" to introduce its beers to additional states. Executives said in an interview earlier this week that they likely would add at least one new state in the second half of next year, and that Ohio was a possibility.

Yuengling, founded in 1829 and owned by fifth-generation brewer Dick Yuengling, sells its beers in 13 states and Washington, D.C., and accounts for about 1% of the U.S. beer market, which is dominated by Anheuser-Busch InBev NV and MillerCoors LLC. Yuengling's sales volume rose about 12% last year to 2 million barrels, according to industry newsletter Beer Marketer's Insights.

The brewer's sales in food, drug and other retailers—excluding Wal-Mart Stores Inc. outlets—were up 11% to $121.2 million through Sept. 5 against the year-earlier period, according to market-research firm SymphonyIRI Group. The data also don't include sales in bars and restaurants.

The maker of Yuengling Traditional Lager and Lord Chesterfield Ale currently operates two breweries in Pottsville and one in Tampa, Fla. It bought a former Stroh's brewery in Tampa in 1999 that helped it expand into the southeastern U.S.

The Memphis facility opened as a Schlitz beer plant in the 1970s.