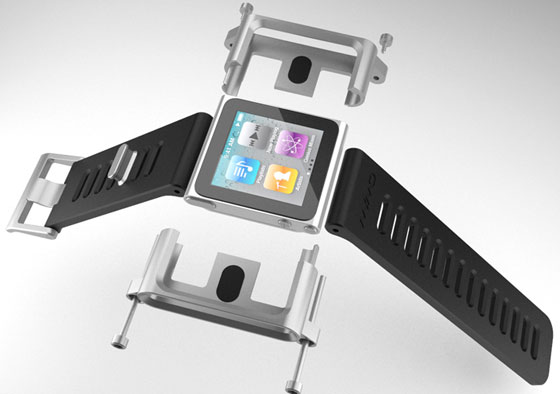 Minimal The LunaTik watch designed by Minimal will house an iPod Nano.

A project that began with an iPod Nano and an experimental wristwatch design has quickly exploded online, receiving over $540,000 in funding through Kickstarter, a Web site that helps people find support for projects.

The project was created by the Chicago-based design firm Minimal, which wants to take the iPod Nano, Apple’s latest tiny multitouch iPod, and incorporate it into a wristwatch. Those who pledge $25 to the project will receive a Nano-holding watch kit when it is produced.

Scott Wilson, founder of Minimal, said his company had been astonished by the response to the idea.

“It just seems to keep on going,” Mr. Wilson said, referring to the number of pledges received since the project idea was posted online two weeks ago. “I had expectations that we would get $15,000 in funding from Kickstarter, but by the second day of sales we had quickly passed that.”

Fred Benenson, an employee at Kickstarter, said on Twitter Thursday that the project was the first on Kickstarter to top $500,000 in funding.

Yancey Strickler, a co-founder of Kickstarter, said he believed the project has been successful on the site because the design company making the watch was offering a “narrative into the process of how the product has been made.”

“The design of the product itself is interesting and innovative, but funding it through Kickstarter gives people input into the creation and artisanal method that goes into making this product,” Mr. Strickler said.

The TikTok design created by Minimal turns the Nano into a watch by letting you snap it into a wrist “dock.” The LunaTik, a more expensive design, is meant to be more permanent. It is made of aluminum and holds the Nano in place with screws.

Steven P. Jobs, Apple’s founder and chief executive, suggested a similar idea during the company’s announcement of the new iPod in September, saying, “One of the members of our board of directors is going to use it as a watch.” And the company clearly had this idea in mind in the design stage, as there is a feature built into the Nano that makes the default screen look like an analog clock.

Mr. Wilson said he decided to finance the project through Kickstarter to ensure that his designers had more input on the final product.

“I’m most excited about using this platform to give creative control to the designers and experiment with the product without having to enter a complicated corporate deal to produce it,” Mr. Wilson said. “It seems to be working; there’s nothing more validating than someone putting a credit card down to buy something.” 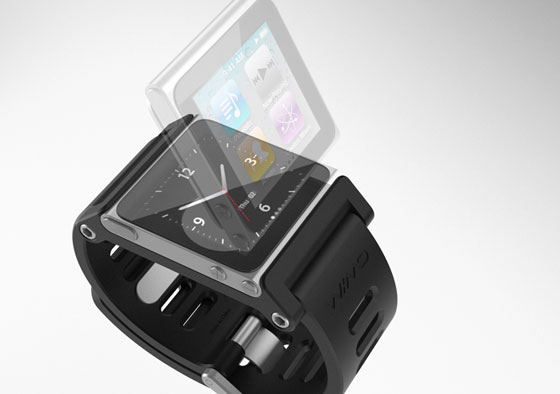